Brett's gingerbread house got a little more intense this year. Not only was it a house with two gables, which required a lot more engineering and calculation, but he also decided to add a second, rather large lighthouse... that actually lights up. Ambitious, yes. But when Brett puts his mind to something, there is no stopping him.
He stayed up late for two nights working on blueprints. He calculated angles and lengths using stuff he learned in trig back in high school. (If you look closely you'll see something involving cosine.) He figured out specific measurements for each piece. 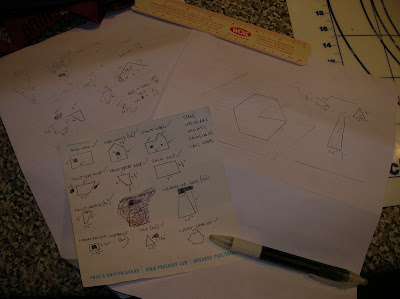 Then he stayed up late for two nights rolling out the dough, meticulously measuring and cutting out each piece, and then baking them. He used Life Savers this year instead of Jolly Ranchers because Life Savers have the clear pineapple flavor. He used these for the lighthouse windows so that the light could shine out brightly. Unfortunately the sugar darkened a little bit and ended up being kind of a brownish yellow. 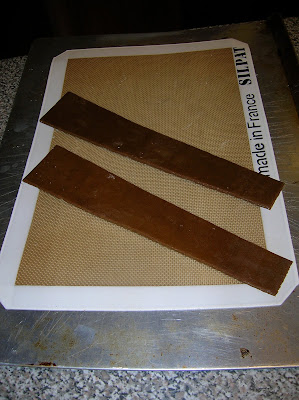 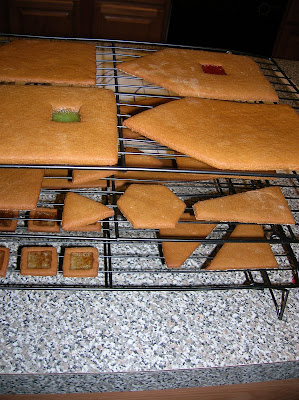 Then construction began. I tried to help, but my poor hands were way too shaky. I was quickly relieved of my duties. 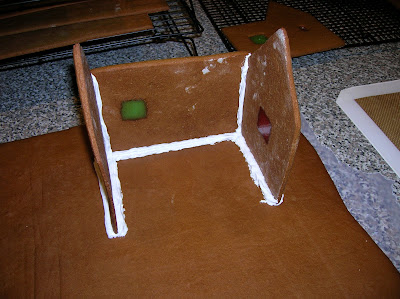 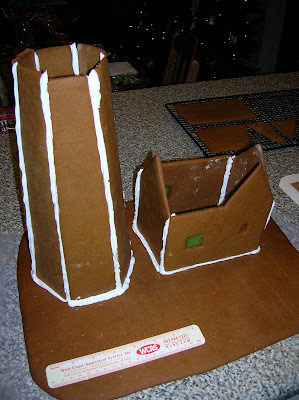 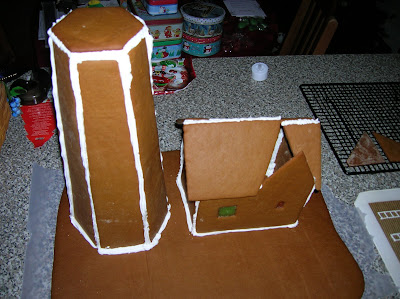 Sometime in the middle of the night, while I was fast asleep, Brett piped fences for the house and lighthouse on a silpat. 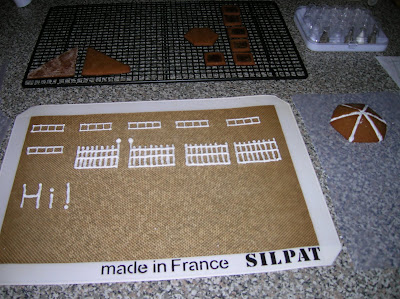 The next night was for finishing touches. I applied the M&Ms to the roof, Brett did everything else... mostly while I was in bed fast asleep. He created a special compartment for the battery-powered tea light and made a removable roof so we could turn the light on and off. He also dyed a little icing green and piped some wreaths and bushes. 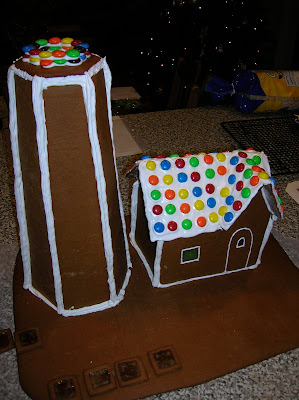 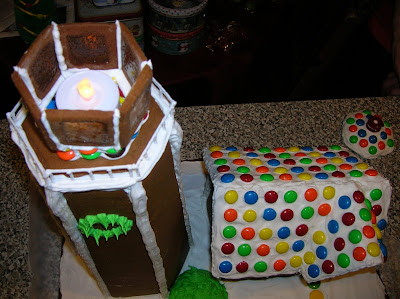 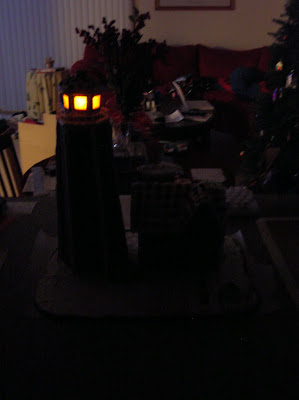 I could not be more proud of his gingerbread house skills! 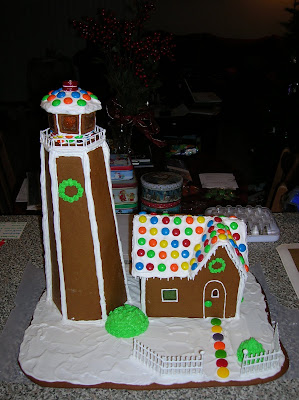 Brett doesn't like chocolate. And that's ok with me. There are plenty of delicious, chocolate-free desserts out there. At my new job (the one that has unfortunately made blogging a low priority in recent months) everyone loves chocolate A LOT. I have unofficially declared myself the office birthday cake baker and this past week I was all set to make an angelfood cake, when I got an email from my boss regarding the birthday girl's cake preferences: "Her passion is chocolate." Well, first of all, you don't ignore the boss's guidance, and second of all, when someone's passion is chocolate, you can't give them an angelfood cake. The only problem was that I didn't have a stand-by recipe for a really decadent chocolate cake. I did a quick search on Tasty Kitchen and found this recipe for Chocolate Fudge Bundt Cake. It just looked like the kind of cake a chocolate lover would go crazy for.
The batter was super easy and fast to mix up: chocolate cake mix, instant pudding powder, sour cream, eggs, vegetable oil, water, and chocolate chips. I got out my lovely chrysanthemum bundt pan and sprayed gobs and gobs of Pam for baking. As pretty as this pan is, there are soooo many nooks and crannies for cake to get stuck in. I poured the super thick batter into the pan, popped it in the oven, and went to sit down. 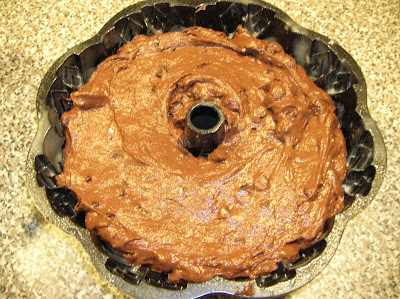 About halfway through the baking process, I got up to check on it and saw that it was rising, which usually is a good thing, but it was rising up over the sides of the pan. There was not much I could do at that point, so I let it continue baking. I referred to the recipe, and it says to use a 10 inch bundt pan. I didn't break out the ruler, but I could safely say that my bundt pan is smaller than 10 inches. Oops!
When I pulled it out of the oven, it had risen some more--up and over the center hole. After it cooled, it did sink back down a little bit, but the hole was still covered over. 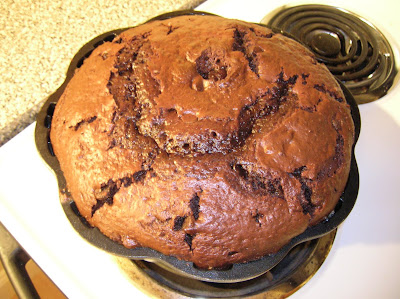 I flipped it over without incident, and like the rusty blogger that I am, I forgot to take a picture of the finished product. (If you would like to see what the chrysanthemum shape looks like, look at my amaretto cake.)
And the birthday girl loved it, which is all that matters to me! It was a chocolate lover's dream!
Posted by Kim in the Kitchen at 6:37 AM 4 comments: