Buy Me Some Peanuts... 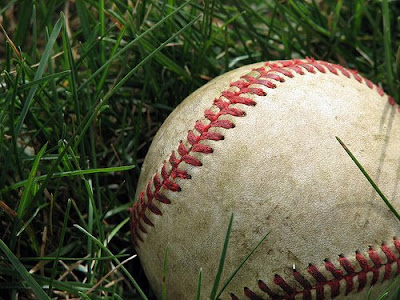 Baseball season has begun! Brett and I went to our first Padres game of the season last night. Brett’s company has season tickets so we get to go a couple of times a year and sit in fantastic seats. We’re talking 10 rows back, behind home plate, I know that’s a curveball because I saw it curve, seats. Another great thing is that we don’t pay a dime, unless you include parking and food, which is certainly more than a dime!

Traditionally, when you think of ballpark food, it’s gotta be hot dogs, peanuts, and cracker jacks right? And of course beer (or in our case Coke) for drinking. Brett went the traditional way of hotdogs, I skewed a little with a super greasy piece of pizza, and we shared a Coke. Now maybe it’s just PetCo Park because this is how San Diegans are, or maybe it’s because, with our amazing seats, we are surrounded by rich, old people, but stadium food has changed. We regularly see people with their little plastic cups of wine and sushi or a fancy salad with shrimp. One of the new things we saw last night was a guy eating a slice of cheesecake! The other new thing was that the waiter (yes, waiter in a stadium!) brought a whole tray of shots to the front section (not to mention blankets.) Brett made a joke about how some of these folks would get beat up if they were at Wrigley Field. Can you imagine asking for a blanket in Chicago?! Even if it was actually freezing, people would look at you like you were nuts! We had a great time, even though the Padres lost, and it was nice to get a night off from cooking.

I'm not sure about copyright laws, and I certainly don't want to get in trouble, so here is the link for the website I found the beautiful baseball picture on:
http://www.flickr.com/photos/pleeker/129291830/